It was early in the morning the day after the accident when we arrived at the first hospital. All was quiet with hardly a sound and barely any movement. The hospital was asleep. Until we arrived and rudely woke it up. In reality, there was a small reception party ready for our arrival.

David and I were moved into a large room with three curtained cubicles. David was put in the centre one, and I was in the corner.

There were two nurses and a doctor in attendance. It later transpired that the one doctor covered the hospital, the town, and the local region. A lot for one person. The town was a regional centre with a population of about 6000. Our medical notes were recorded in a pink covered 'Republic of Namibia, Ministry of Health and Social Services, Antenatal Care Record' booklet. We were signed in on the 8/11/2016 at 01:19.

David was now conscious and lucid, and was in a much better state than during the heat of the day. His need was evidently still greater than mine and appropriately he was tended to first. Then it was my turn. I was genuinely impressed with the figure of eight strapping and sling. It immobilized my broken collar bone very effectively. You can imagine being injured one day and being back in the fields the next, caring for the crops that will keep the family alive.

Once we were both patched up, the doctor went back to his bed, and we were left in the capable hands of the two nurses.

There was another thing to remind me how confused I was. The nurses offered to take payment for the ambulance and emergency treatment. Suggesting that it would be better to pay then and get a full receipt than later in the day, when accounts would be involved. No harm there, but I seriously could not remember where our money was, or in fact any of our important paperwork. This is so unusual for me, I know where that sort of thing is all of the time when we are travelling. It was all OK, still in its proper home, safe and sound, just I did not know it at the time.

However, one thing we did know was that we had the remnants of our first aid kits. We gave them to the hospital as their need seemed greater than ours. They were truly grateful.

It is difficult to understand from a UK perspective how little the hospital services had in the back of beyond. The first aid kit had more supplies than either ambulance. The hospital was much better equipped but still short. The hypodermic needles were all freshly out of wrapping, which is not universally the case across Africa.

The hospital was a collection of hut type buildings all on a single level. The airal shoots of the hospital give some impression.

It appeared to me to be fairly basic without a lot of equipment in the rooms. There was a toilet block along the corridor. We did not see much of the hospital so it is a bid unfair to be judgemental. However, irrespective of our initial impression of the buildings, the care we received was brilliant.  Maybe the medical care could have been better in a better equipped and supplied hospital, but the personal care and compassion was excellent, better than most UK hospitals that I have experienced. Not that that is a large sample base. The medical staff really cared about their patients. So very happy to have met them, even in those circumstances.

After being treated in the first room, perhaps A&E, David and I were moved to another large room with a simple iron frame bed in each of two corners. We slept the rest of the night there. In the morning we were asked if we wanted a special breakfast or local food. I replied that local would be fine. They later said how relieved and happy they were with that answer.

Before we could eat it, we were told we were being transferred to Windhoek as we could not be adequately treated for our injuries there. At some point someone mentioned helicopter, but that was not repeated.

The police from the day before arrived from Bergsig. Google maps states that it is about 75 miles and would take about 1 hr 40 mins. I suspect it took the police longer that that on those roads. WO Samuel led the police and had brought our luggage to the hospital. That is so considerate. He was also very concerned to be seen to be honest  as well as considerate. On of David's lenses had survived in its own case. WO Samuel would open the case at the drop of a hat and reassure us that the lens was still in the bag. This was very endearing.

The police sorted out the Khorixas police who we apparently had to file another report with. All sorted they offered to do a photocopy of the report. We handed of the requested $4. One of the police officers disappeared to another part of town to get the copying done.

Meanwhile, an argument was developing between the police and the hospital. The police maintained that it was really important that the tourists be reunited with their luggage, as it was important for the country. The hospital stated that we were about to be transferred by ambulance to Windhoek and there was insufficient space for luggage. There was a pregnant lady with complications being transferred to another hospital and due to travel with us. Another suggestion was that a car be hired to take the luggage but that was said to be impossible as no local taxi would drive that far. The Doctor from the previous night arrived shortly after 10am. A late start, not for someone who had worked halfway through the night. He explained that David needed to go to Windhoek for additional treatment and that the lady's condition was critical. There was physically no space in the ambulance for luggage.

I managed to broker a compromise just as it was about to escalate to each respective boss, with WO Samuel threatening to bring the District Commissioner into the argument. Would it be possible for WO Samuel to continue to look after the luggage, take it back to the police station in Bergsig, and then release it into the care of Fritz? I argued that it was more important for the lady to get the care she needed than that our luggage was secure. This was accepted.

We were all friends again.

Somebody, presumably the police, relayed a message from the car hire company. Did we want a car sent up to continue our hire? No thank you, my injuries were such that I could not drive.

We were moved to the ambulance, me in the cab again. Just as we left the other policeman returned with our change, a receipt and the copy of the police report. All was well, and we set off again. 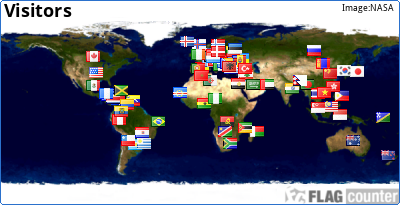 Top 10 most read Articles on site

I decided to give the site a bit of a refresh over Easter 2021 and install a new template and some additional functions. One of the things I didn't like about the old site was the delay in text appearing which probably meant some people left before the content appeared. This has been corrected now.